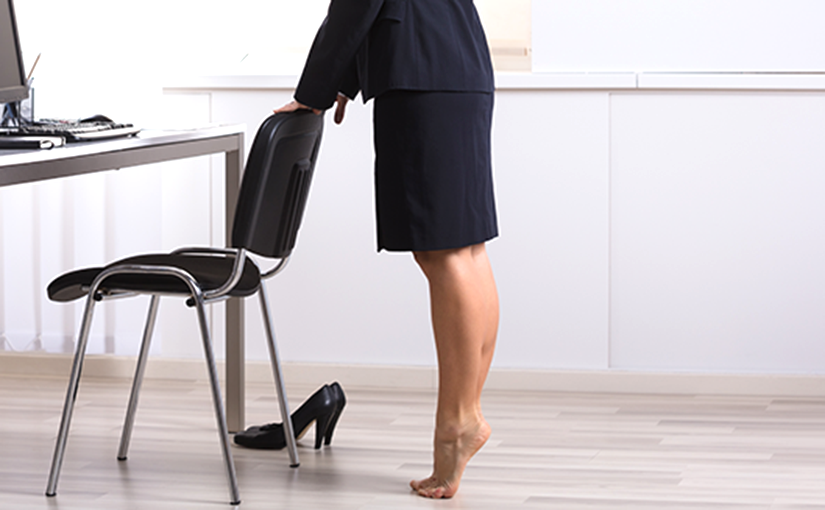 The most common PAD symptom is intermittent claudication—pain, muscle aches, or fatigue arising with activity and subsiding with rest. Claudication can be reproduced by walking at defined distances.

Symptomatic PAD reduces quality of life. As the disease progresses, the patient may experience limb pain at rest, ischemic ulcers, and gangrene.

PAD is a major contributor to certain acute and chronic diseases. Acute conditions linked to PAD include a sudden episode of acute limb ischemia caused by in situ thrombosis, brought on by atherosclerosis. Chronic conditions include coronary artery disease or carotid disease.

PAD itself is a chronic illness that commonly progresses over time if risk factors aren’t controlled. It increases cardiovascular and all-cause mortality, reduces quality of life and functional ability, and may necessitate amputation. Because PAD is systemic, atherosclerosis commonly develops in the coronary and cerebral arteries, increasing the risk of a myocardial or cerebrovascular event leading to death.

Mesenteric ischemia is another vascular complication. Atherosclerotic plaque can build up in the superior or inferior mesenteric artery and celiac artery, decreasing blood flow to the intestines. Signs and symptoms include abdominal pain after eating (usually in the epigastric or periumbilical region), nausea, vomiting, and diarrhea. Patients may develop “food fear” and eventually become malnourished.

Primary goals of PAD management are to reduce the risk of cardiovascular complications and relieve claudication. Nonpharmacologic interventions such as exercise help reduce pain and increase the ability to walk longer distances without symptoms. Other lifestyle modifications, such as a heart-healthy diet and smoking cessation, can reduce the incidence of cardiovascular complications (MI, stroke, and renal disease) and reduce long-term mortality risk. The American College of Cardiology/American Heart Association guideline recommends asking patients about their tobacco use at every physician visit and offering behavioral and pharmacologic treatments to stop smoking.

Pharmacologic management includes antiplatelet therapy using aspirin. If needed, clopidogrel can be used instead of aspirin or added to the regimen. For patients with intermittent claudication, cilostazol has been widely used to increase walking distance and improve symptoms; it also reduces triglyceride levels and increases levels of high-density lipoproteins (the “good” cholesterol). Pentoxifylline is a second-line drug used to improve walking distance in patients with claudication. However, trials comparing pentoxifylline to placebo found no significant improvement in walking distance or pain-free walking in patients taking this drug.

A week after Jan’s discharge, she sees the peripheral vascular specialist, who reviews with her the signs, symptoms, and risk factors for PAD. The specialist tells her she must stop smoking completely and adhere to a low-fat diet, and prescribes cilostazol to help relieve intermittent claudication symptoms.

Jan eventually begins to feel better and is able to participate in the outpatient cardiac exercise program. However, she continues to smoke, and 1 year after her MI, requires an aortobifemoral bypass to treat lifestyle-limiting claudication.

Endovascular treatments (minimally invasive nonsurgical therapies such as percutaneous transluminal angioplasty [PTA]) are recommended when lifestyle changes and medications don’t relieve symptoms, especially when isolated areas of stenosis occur in the femoral, femoropopliteal, and iliac arteries. If a residual stenosis is present after PTA, a bare metal stent or balloon-expandable stent may be used.

Surgery is reserved for patients whose claudication symptoms significantly limit their daily activities or put them at risk for limb loss. Aortobifemoral, iliofemoral, axillofemoral-femoral, or femoropopliteal artery bypass can restore function to patients who previously would have required amputation. Bypass grafts may involve autogenous vein or synthetic grafts.

After Jan’s aortobifemoral bypass, she returns to the vascular surgeon for her
1-month postoperative checkup. But after this, she is lost to follow-up for 3 years until she schedules an appointment with her primary care physician complaining of abdominal pain and weight loss. She states that the pain occurs 15 to 30 minutes after eating, and says she is worried she might have an ulcer. She admits she hasn’t stopped smoking, although she did cut down to three-quarters of a pack per day. She also reports she didn’t refill her cilostazol and clopidogrel prescriptions because they were expensive and she had unexpected bills to pay. In addition, she says her claudication symptoms have returned.

The physician orders a right upper quadrant ultrasound. When the results come back negative, he refers Jan to a gastroenterologist for an upper endoscopy, which is negative as well.

Finally, Jan follows up with the vascular surgeon for her claudication symptoms. She tells him she has lost significant weight and is having abdominal pain. She states, “My abdominal pain has gotten so bad that I’m afraid to eat.” (“Food fear” is a common complaint in patients with chronic mesenteric ischemia.)

Chronic mesenteric ischemia (also called intestinal angina) most often stems from atherosclerosis. Signs and symptoms are nonspecific, which can result in delayed diagnosis, as with Jan. Approximately 70% of patients are female. After eating a meal, perfusion to the splanchnic circulation normally increases—but not in a patient with mesenteric ischemia. As a result, abdominal pain occurs, usually in the periumbilical or epigastric region. Treatments for chronic mesenteric ischemia include stent placement, surgical revascularization, or both.

Fortunately for Jan, her last surgical intervention relieves her symptoms. She finally decides to stop smoking and continue taking prescribed medications. She is able to resume her favorite activities and maintains a healthy weight. Over the next year, she makes slow, steady progress. Her appetite increases gradually over several months and she begins walking regularly with her husband. Her claudication symptoms remain stable and don’t limit her lifestyle.

Jan is aware that she needs to have regular follow-up visits with the vascular surgeon to evaluate her mesenteric circulation and lower-extremity perfusion. At these visits, an ultrasound exam and physical examination of her feet, in conjunction with clinical questions, can help determine whether her PAD has remained stable or advanced.

Understanding the mechanism of PAD and its effect on systemic circulation can lead to more-timely diagnosis and effective treatment. As Jan’s case illustrates, stopping smoking and adhering to prescribed dietary and medication regimens can go a long way toward relieving symptoms and increasing quality of life.