“Where Do We Go from Here?” Health System Frustrations Expressed by Patients with Multimorbidity, Their Caregivers and Family Physicians 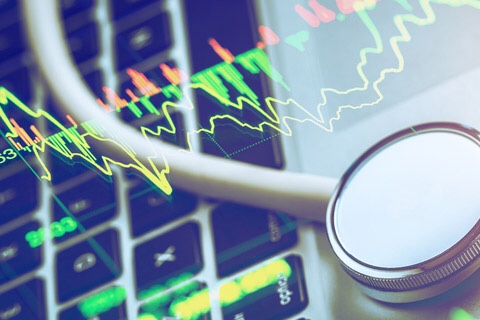 Objectives: This study explored the care challenges experienced by older patients with multimorbidity, their informal caregivers and family physicians.

Approach: Semi-structured interviews were conducted with 27 patients, their informal caregivers and family physicians. Qualitative description was used to identify key themes in the interview transcripts.

Results: Participants experienced many common challenges when managing multimorbidity, including a lack of decision-making support, poor communication and uncoordinated health services. Within these themes, unique perspectives specific to the role of being a patient, caregiver or family physician emerged.

Conclusion: The study adds to a limited evidence base on the experience of patients with multimorbidity. By including the perspectives of their family caregivers and physicians, we provide important insight into the management of multimorbidity and recommend the uptake of specific strategies to address them.

Over the last 25 years, the prevalence of chronic disease has doubled, while the proportion of individuals with four or more conditions has tripled (Uijen and van de Lisdonk 2008). With increasing age, the likelihood of being diagnosed with a chronic condition increases, as well as the number of functional limitations (Denton and Spencer 2010). Furthermore, the use of healthcare services and the number of chronic diagnoses also increase with age (Broemeling et al. 2008; Muggah et al. 2012).

Patients with multimorbidity typically require input from multiple providers across many care settings. If care is not properly coordinated, the quality of the care experience for patients and their families can be frustrating at best and harmful at worst (Corser and Dontje 2011). Healthcare providers also experience challenges when providing care to persons with multi-morbidity, given the lack of clinical practice guidelines that are available (Upshur and Tracy 2008). Much of the burden of day-to-day patient care falls to family caregivers as they engage in decision-making, monitor treatment adherence and coordinate care (Wolff 2012).

It is clear that healthcare system reform is needed, in particular, a shift from the current acute-focused model to one that encompasses chronic disease management and support for patients, their caregivers and care providers. Few studies have focused on the experience of persons with multimorbidity; the few that have tend to focus on the patient alone (Bayliss et al. 2008; Boyd et al. 2005; Loeb et al. 2003; Morris et al. 2011; Sinnott et al. 2013). Our team could identify no studies that compared and explored the challenges experienced by patients with multimorbidity, their informal caregivers and family physicians. Such a study would need to include all perspectives from the patient’s circle of care to garner a full understanding of the management issues and appropriately address them. When creating primary care interventions for patients with complex chronic illnesses, a first step towards policy reform should be to understand the “core” of a patient’s care team, which we define in this paper as the patient, the patient’s informal caregiver and the family physician.

The objective of this study was to explore the challenges experienced by 27 patient– caregiver–family physician triads in an attempt to capture a full understanding of their health system experience and to illuminate where system improvements are most needed for managing multimorbidity.

Eligible participants were recruited from a family health team within a tertiary academic health centre in Toronto, Ontario. Eligible patients were identified by their family physician by purposive sampling with the following inclusion criteria: 65 years of age or older, diagnosed with two or more chronic conditions, had an informal caregiver who participated in the patient’s healthcare, spoke English as a first language and was able to provide informed consent. Within the family health team, a single family practice participated in the study, and consisted of four family physicians.

Two methods of patient recruitment were employed. Patients were first identified by the participating physicians during their team rounds from their patient rosters and using the study’s inclusion criteria. If a patient had an upcoming clinic appointment, research associates (AG, GN) were notified to attend the clinic to identify patients who might be interested in participating. After a patient’s clinic visit, the primary care physician introduced the research study if the patient met the inclusion criteria, and was in good health to manage an interview. Once patients consented for participation, their informal caregivers and family physicians were also approached for participation.

All members of the patient–caregiver–physician team had to agree to participate in order to be included in the study. If the primary care physician identified an eligible patient who was not being seen in clinic within the next month, administrative assistants phoned the patient at home, explained the research study and asked whether he or she would like to be contacted by a research associate to confirm his or her participation. The administrative assistants managed patient appointment scheduling and were considered a part of the clinical team.

Two research associates/co-authors (AG and GN) conducted the study interviews, either at a research office at the academic health centre or the patient’s home, depending upon the patient’s preference and ease of transportation. Interviews were conducted in English and took approximately 1.5 hours to complete. The physician and caregiver interviews took approximately 30 minutes to complete as their interview guides were shorter than the patient version. Only the interviewer and interviewee were present during the interviews. All interviews were conducted separately to ensure confidentiality of responses. The research associate read from a script prior to asking the interview questions, which consisted of an introduction of herself, a description of the study objectives and details about the informed consent process. The research associates took notes during and after the interviews, which served as secondary information if questions arose during thematic coding of the transcripts. Given the short time period for the study, transcripts were not returned to participants for comment. Interviews were digitally recorded, transcribed verbatim by an external source and checked for accuracy by the two research associates.

Semistructured interviews were conducted with all participants using an interview guide, designed by the Bridgepoint Collaboratory for Research and Innovation (Kuluski et al. 2013a), that consisted of both open- and closed-ended questions. This guide was piloted and adapted until deemed feasible for use with a complex patient population (Kuluski et al. 2013b; Kuluski et al. in press). The interview guide was adapted by the research team to include questions on care experiences within primary care, and more specifically, goals of care and frustrations experienced while managing multimorbidity.

This paper describes the themes of frustration experienced by patients with multimorbidity, their caregivers and family physicians when accessing care and meeting care goals. These themes were elicited by the questions, “Please describe any challenges you have had with accessing services in the past,” and “Do you experience any frustration in achieving your health goals of care?”

Qualitative description was used to generate general summaries and emerging themes from participant interviews (Sandelowski 2000). Because the study was intended to capture the experiences of patients, caregivers and physicians, this approach was the most ideal for low-inference interpretation, as generating theory was not the purpose of analysis (Sandelowski 2000). Themes were derived inductively from the data and not identified in advance. Furthermore, transparency of methods and confirmability of themes were achieved by frequent meetings and discussion of the themes until consensus was reached among three of the authors (AG, GN and KK). A detailed protocol and an audit trail of all decisions (Green and Thorogood 2009) were managed by the same three authors.

To ensure methodological rigour during data collection and analysis, the lead author (AG) consistently familiarized herself with the interview data by reading transcripts in their entirety for an initial understanding of key concepts and themes (Lathlean 2010). An initial coding scheme was developed by AG and verified by GN and KK after each researcher reviewed the first interview transcript in its entirety. Following that, data analysis was conducted simultaneously with data collection until saturation of themes occurred (i.e., when themes became repetitive within each of the patient, caregiver and physician groups). After 14 patient–caregiver–physician triads were interviewed, data were reviewed to develop an initial coding scheme. A final coding scheme was then developed for all patient, caregiver and physician transcripts after 28 triads were interviewed, as no new themes emerged.