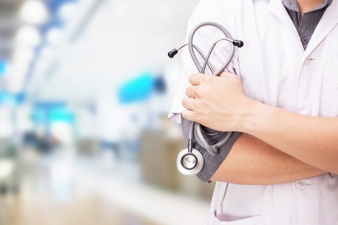 Lucilia sericata bottle fly worms can be used to heal infected, chronic, or necrotic wounds, including those associated with ulceration and diabetic foot. The study aimed to evaluate changes in the microflora in patients treated with L sericata larvae due to leg ulcers and diabetic foot. One hundred twenty-nine patients diagnosed with lower limb ulceration and diabetic foot were enrolled in the study, of which 80 of them met the eligibility criteria for maggot debridement therapy (MDT). On the contrary, 49 unqualified patients were offered ozone therapy (22 with leg ulcers; 27 with diabetic foot). In each of these patients, a microbiological swab was performed before and after the start of therapy. The group of 80 patients was further divided into four equal groups in terms of the treated area (lower leg vs foot) and the number of larvae/cm2 (5 vs 10). Twenty-three particular species of bacteria in the infected wound were studied microbiologically in terms of presence/absence within the wound environment before and after treatment of patients with diabetic foot and lower limb ulceration. It was noted that there was a more intensive bacterial accumulation in the feet of patients compared to legs; furthermore, this applies to almost all analysed species. Diabetes status is also a clinical factor that generates a lower chance of bacterial appearance in the wound environment. Densification of MDT larvae per wound area unit also reduced the chance of the presence of Corynebacterium species, Enterobacteriaceae, Pseudomonas aeruginosa, Staphylococcus aureus MSSA, and Streptococcus coagulase negativa; however, it increased the likelihood of occurrence for Proteus mirabilis and the Proteus species. A microbiological analysis in this non-reference study shows the efficacy of larval therapy for leg and foot ulcers. Rearrangement of the microflora within the wound has been reported as a result of the therapy.